Those following this blog will know about our book-study group; a number of us meet monthly to discuss a chapter from Dr. Perry’s iconoclastic The Boy Raised as a Dog and I try to convey a sense of the chapter and our discussion afterwards.

Our most recent get-together focused mainly on the issue of physical contact with pupils. There wasn’t a single mention of coronavirus, that’s how rapidly the crisis has escalated here. But was it ever a good idea for teachers to hug children, even in those carefree pre-Covid days?

Clearly, there is a risk that touch makes teachers vulnerable to allegations, should their actions be misconstrued. And there are children who definitely don’t want to be touched, for a range of very good reasons. But when a warm hug is quite obviously what a child needs, especially a young child, a no-touch policy can feel counter-intuitive, inhuman even.

In the fourth chapter of The Boy who was Raised as a Dog, Dr. Perry underlines the importance of physical contact through Laura’s story. I summarise the chapter below and then go onto consider some of the implications for practice. I’ve linked a school policy which leaders grappling with this tricky area of work may well find useful.

We do of course have access to departmental guidance on physical contact in the form of Use of Reasonable Force in Schools but nothing, somewhat sadly in my view, to steer us in the use of kind, emotionally regulating touch. Model policies are therefore helpful. The example shared (from an Outstanding school, for what it’s worth) usefully frames the approach taken in child-development and trauma-informed terms.

When Dr. Perry first met Laura as a four year old, she weighed just twenty-six pounds and was being fed a high-calorie diet via a tube. Since birth, she had puzzled medics with no-one able to explain her inability to gain weight. The theory at the point of Dr. Perry’s intervention was that Laura had a rare case of ‘infantile anorexia.’

Beginning with a focus on family history, Dr. Perry found that Virginia – Laura’s single mother – was a child of the foster care system at a time when it was common to move children to new foster carers every six months. The rationale for this was that it would prevent them from becoming too attached to one particular carer.

Consequently, as an adult, Virginia had no idea what to do with her baby. “Having had her own early attachments abruptly and brutally terminated, she didn’t have what some might call ‘maternal instinct” (p94). The result was that whilst Laura’s physical needs were met – Virginia had been taught and understood from foster carers the importance of personal responsibility – her emotional needs were neglected.

‘Failure to thrive’ is a condition that has been documented for centuries. Dr. Perry draws our attention to the suffering of children in orphanages and other institutions where there is not enough attention to go around. For Laura, the lack of nurturing interaction with her mother had been devastating. Her body responded with a hormonal dysregulation that impeded natural growth, despite any amount of nutrition. Dr. Perry’s prescription for Laura, and her mother, was therefore human touch.

This came in the form of a confident, highly experienced foster carer known as ‘Mama P’. The first time Dr. Perry met her, she was caring for ‘Robert’ – a boy who had lived in six foster homes, three shelters and who carried a dozen diagnostic labels, from ADHD and ODD, to bipolar, to schizoaffective disorder.

Robert presented in clinic because his episodic rages were causing problems at school and Mama P was refusing medication: “No doctor is going to drug up my baby.” Asked how she managed Robert’s rages at home, Mama P advised Dr. Perry:

Mama P knew long before the medical world that many young victims of abuse and neglect need physical stimulation, like being rocked and gently held. She understood intuitively that our interactions with children must be based on what they need, not on their age. (“Robert has been a baby for seven years.”) Dr. Perry observes that all of the children sent to her had “a tremendous need to be held and touched.”

They had never received the repeated, patterned, physical nurturing needed to develop a well-regulated and responsive stress response system. They had never learned that they were loved and safe; they didn’t have the internal security needed to safely explore the world and grow without fear. They were starving for touch – and Mama P gave it to them. (p103)

The doctor’s prescription, then, was for Laura and her mother to move in with Mama P and there they remained for about a year. Both benefited immeasurably – Virginia got some of the mothering she had missed, as well as learning how to parent by following Mama P’s cues. Laura gained ten pounds in the first month of her stay and her growth continued, both emotionally and physically. She went onto college and both of her own children did well in school. Virginia had a second child who suffered no growth problems. The three remain tight friends.

At Ashleigh Primary School and Nursery, we have adopted an informed, evidence based decision to allow safe touch as a developmentally appropriate intervention that will aid healthy growth and learning.

Clearly, there is much to be said for policies like the one cited above, from Ashleigh Primary School. It can read in full here.

The document makes reference to the neurobiological research evidence for physical contact before outlining the range of forms that touch may take within school, namely:

The practice wisely enshrined within this policy is perhaps more commonly found within special schools. Indeed, one of our book-club members described a beautiful example of physical contact that she had deployed to ground and regulate a distressed pupil in her MLD setting that very day.

Many Lincolnshire have accessed the LA’s (free) two-hour introduction to trauma-informed practice. This includes some thinking about Dan Siegel’s  window of tolerance and the strategies we might use to co-regulate dysregulated children back into their thinking brains. We’ve found that special school colleagues are generally quick to share a range of strategies at this point in the training. Many of these are tactile, and all well established within everyday practice.

If we are to respond in an evidence-informed way to the exponential increase in the number of young children now being identified as having SEMH needs within mainstream, maybe this is special school practice that needs mainstreaming. Without doubt, as increasing numbers of children arrive in our schools with significant social and emotional gaps, responding to their stage and not their age has become imperative.

That said, there are many schools that have accepted this challenge already and trauma-informed practice is growing as a grassroots movement. Because it’s about human connection, providing psychological safety through authentic relationship, it’s exacting emotional work though. Much easier to deliver the academic curriculum.

It seems appropriate to end by acknowledging the many teachers and pastoral staff who engage in this emotional labour. Especially now, in the context of coronavirus lockdown, when they will be worried about all of those in their care who aren’t hugged enough at home, or who weren’t at a critical stage of development. The Lauras. 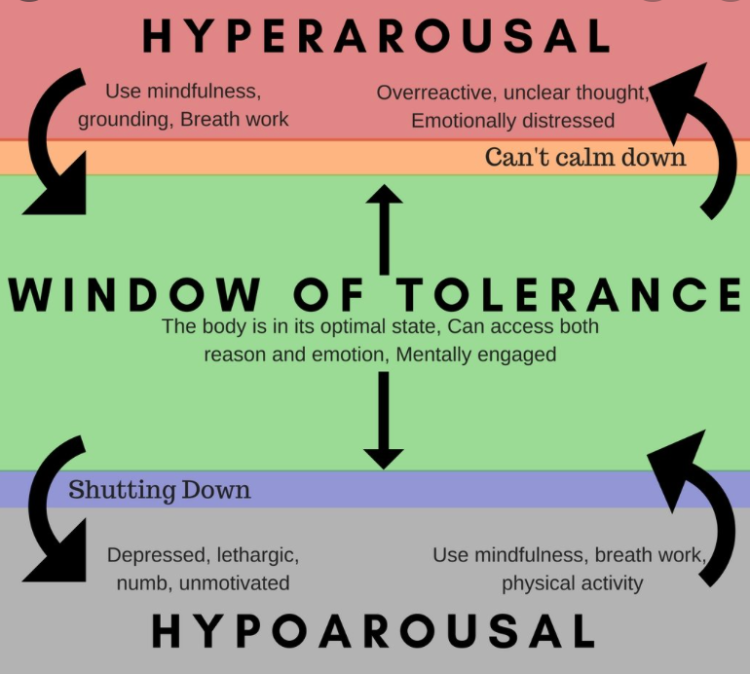