Exclusion is our sanction of choice in England. When a pupil’s behaviour is deemed unacceptable, he or she is separated from the community;  internally or externally, for a fixed period or permanently. It’s standard practice, normalised here, accepted uncritically by most as the way to discipline pupils when they cross those ‘lines in the sand’ that our behaviour policies define so sharply.

But there is very good evidence that exclusion is counter-productive – we see this day in and day out, every time a pupil ‘just doesn’t learn’ or persists in making ‘all the wrong choices,’ despite having experienced sometimes multiple exclusions.  It’s clear that we don’t help pupils change their behaviour simply by excluding them. In fact, we are more likely to make it worse. 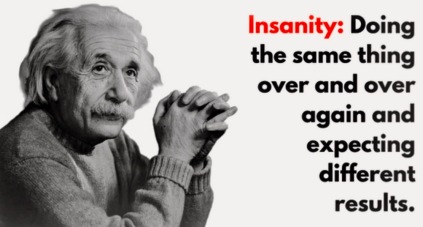 Research in the field of ostracism offers some clues as to why. Some twenty years ago now, researchers at the University of Toledo conducted an experiment in which for five days, a scarlet “O” was randomly hung over someone’s office door. This indicated to others in the group that they must ignore the branded colleague for the day—no talking, no eye contact, no recognition of any kind.

Interestingly, the experiment made all participants miserable, not just the ostracised, as well as powerfully demonstrating how sensitive people are to being socially rejected. From an evolutionary perspective, this makes perfect sense. We evolved in social groups and, like other social animals, from apes to bees, our survival depends upon our being included and accepted.

It seems the term “hurt feelings” is more accurate term than we knew. Research by leader in the ostracism field Kip Williams demonstrates that exclusion triggers the same area of the brain that activates when we feel physical pain.  When humans feel excluded the brain’s dorsal anterior cingulate cortex lights up, just as it does when we are physically hurt.  We are hard wired to experience exclusion from the group as excruciatingly painful, as life-threatening as physical attack, because our distant ancestors used ostracism to weed out unproductive or disruptive members.

Quite how we react to the pain of ostracism and social rejection varies. We might become servile and compliant. We might withdraw. Or we might become angry and aggressive, as is the case when students return to school following an exclusion with an attitude of heightened hostility. Williams explains why this is so often the case: “When a person feels ostracized they feel out of control, and aggressive behaviour is one way to restore that control.”

In a school context, such aggression is likely to trigger a repeat ‘consequence’ or exclusion – and another after that. This is deeply problematic with the individual now at risk of reaching what Williams calls the ‘resignation stage’ of ostracism. Having given up on belonging,  such a pupil pupil will experience “increases in anger and sadness … alienation, depression, helplessness and feelings of unworthiness.”

In light of this, of all the cautionary words in the DfE’s statutory exclusions guidance (2017), perhaps these are the most inadequate:

20. Where a pupil has received multiple exclusions or is approaching the legal limit of 45 school days of fixed-period exclusion in an academic year, the head teacher should consider whether exclusion is providing an effective sanction.

The need to belong

In a seminal 1995 article published in Psychological Bulletin, social psychologist Roy Baumeister made the case that humans are motivated by a basic need to belong.  When this need is thwarted, people pay a psychological price…. “There seems to be a failure of self-regulation in people who feel rejected,” says Baumeister. “And this allows a shift toward anti-social and aggressive behaviour.” Even when there’s a time-limit on the rejection—as with “time-outs” for pupil discipline — unintended consequences must be expected, specifically a decreased capacity for self regulation afterwards.

As established already, ostracism was used by our distant ancestors to cull out those perceived to be misfits and it shaped others’ behaviour to suit society’s needs. In this regard, as the sanction of choice in UK schools, exclusion is a highly effective instrument. It does indeed cull out those who don’t fit because it undermines their socio-emotional development, ignoring the fact that ‘kids do well if they can’, to quote Dr. Ross Greene. It offers no help – unless we are to accept the ‘reflection’ sheet or even the ‘restorative conversation’ that can occur after an exclusion as that. These don’t teach skills. When children are misfiring, we need to act, as early as possible, not merely react. Especially if the nature of that reaction is only going to exacerbate the difficulties.

But what about ‘the good pupils’?

Exclusion is frequently cited as a necessary measure to protect potential ‘victims’. (The language of crime and punishment dominates this discourse, tending to make it much less rational than it needs to become.)  However, it actually makes our schools less safe, less harmonious, less happy (remembering the ‘O’ study) because exclusion creates not only angry, alienated individuals but also disaffected sub-groups. Williams’ demonstrated how marginalised individuals tend to seek each other out, with negative consequences for community when this happens.

“These groups provide members with a sense of belonging, self-worth and control, but they can fuel narrowness, radicalism and intolerance, and perhaps a propensity toward hostility and violence toward others.”

We could exclude all members of such groups, as now, or we could try something different – like preventing them from forming in the first place. We could act on the overwhelming evidence about how to support children who are unable to respond adaptively to the social and emotional challenges of schooling. (Note to excluders – this does not mean simply allowing them to run amok. It does mean teaching lagging socio-emotional skills – as happens in more advanced systems than the English). With pupils increasingly in need of such support, according to all of the evidence, then truly it is time to rethink a primitive approach that has its roots in survival of the fittest.

We need to move in closer to children who challenge, not push them away. That’s if we really want to address the difficulties rather than just move them on.

One thought on “Why exclusion worsens behaviour”