The title of this post is hyperbolic, of course. Approximately one third of fixed term exclusions could never be described as acts of madness. In fact, I discovered through my school visits last week some highly effective practice and my main purpose in writing now is actually to share that.

I’m an advocate of restorative practice and, as such, evaluate all strategies through Wachtel and McCold’s social discipline window. Whilst not the first tool you’d reach for as a restorative practitioner, the fixed term exclusion, strategically and robustly administered – as in the settings I visited – can be be an authoritative measure, located as such in the restorative corner of the quadrant. 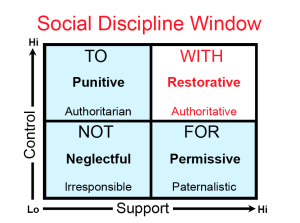 In two schools there was concern about learning time lost and also about whether this sanction was working as the short, sharp shock it is supposed to represent. If it is experienced as simply a day or two off school, is it an effective deterrent? Is it safe? Acknowledging his duty of care, one headteacher has replaced the fixed term exclusion for serious breaches of behaviour policy with an enhanced internal isolation. Pupils must stay in school until 5.00pm and work must be completed to a standard that avoids a repeat of the experience. That’s authoritative.

Another headteacher has invested in a virtual learning platform, EDLounge. Senior staff monitor when a pupil logs on and off at home and also how much work is completed. Again, expectations around this are clear and consistently enforced. It’s authoritative.

A third school, whose use of the sanction is sparing, has an approach to the reintegration meeting which is exemplary. The ground could not be more carefully prepared for a positive return. It works like this.

In these settings, the scourge of the repeated fix term exclusion, or its equivalent, is rare. However, two thirds of pupils excluded from English schools for a fixed term are excluded not just once – the short, sharp shock – but multiple times. Clearly, therefore, the sanction is mostly ineffective in changing behaviour.

Reading case-files last week, I found pupils who had racked up exclusions well into the double figures  – usually for persistent misconduct. In this way, just as pupils persist in not learning from the exclusion, schools persist in assuming they will. This is behaviour that Einstein famously defined as insanity. 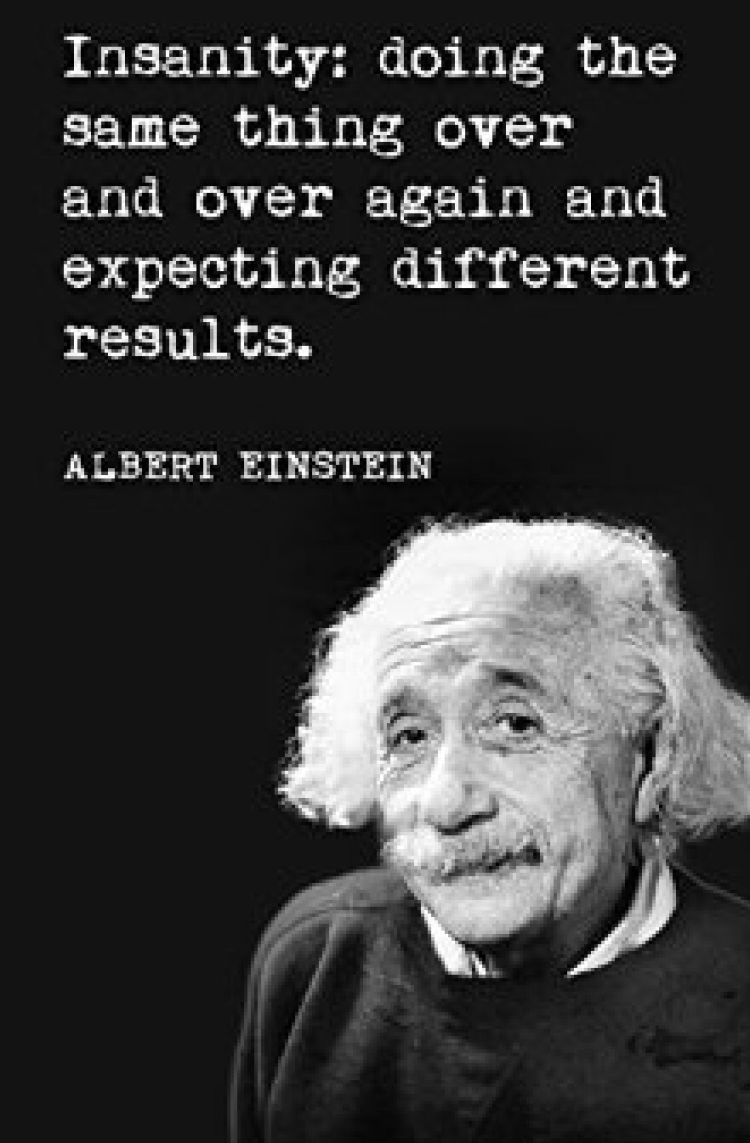 Removing the independent appeal panel and its power to reinstate an unlawfully  excluded pupil, the DfE’s current statutory guidance on exclusion has scant regard for children’s rights legislation. However, even this document politely encourages headteachers to “consider whether exclusion is proving an effective sanction” when a pupil is repeatedly excluded.

That said, schools are also advised to avoid policy and practice that leads to the exclusion of a disproportionate number of pupils from vulnerable groups. With SEN learners shown the door for a fixed term six times more often than their peers, it’s clear that the guidance is widely ignored.

When misconduct is persistent, then there is an unmet need. It might be cognitive, environmental – it’s frequently both. Whatever the underlying cause of the self-destructive behaviour, it will not be addressed when the pupil is out of school. Indeed, Barnardo’s found that fixed term exclusions exacerbate behavioural difficulties because they alienate young people; they engender a sense that school has given up. When a young person is looked after, that experience is especially harmful.

Of course, senior staff cannot allow persistent misconduct to continue – that would be neglectful. Neither can they indulge it because that would be permissive. Inclusive schools respond with authority – restoratively.

I visited a school inclusion unit last week that is the embodiment of this ethos. It isn’t just about separating misbehaving students from their peers. There are counsellors available. Holistic assessments are undertaken and Early Help is provided where necessary. There are learning interventions. Pupils RAG rate their lessons, returning to those where they are confident they will experience success and building on this over time. Those autistic learners who are triggered by the change a supply teacher represents go to the unit instead. It’s a simple but important reasonable adjustment. The work completed in the unit mirrors that completed in the mainstream, so pupils don’t fall behind.

Readers will not be surprised to hear that permanent exclusions from this setting are very rare indeed. When they do occur, it’s because there was no other way of safely managing a major incident, not because a trail of fixed term exclusions had finally arrived at the dead end point for which it was always destined.